Skip to main content

All PTLA offices are closed to the public - but we are still open for phone hours! 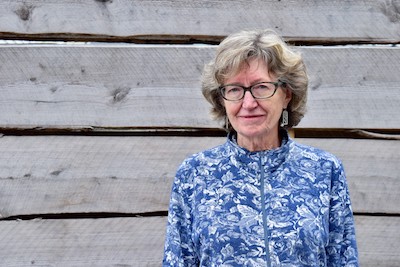 Nan's service was held on Friday, February 4th, 2022. A recording of the event is available for anyone who could not be there on the day.

In lieu of flowers, donations can be made to the Nan Heald Fund at Pine Tree Legal Assistance which will support civil legal aid in Western Maine.

Nan was a great many things to a great many people – a loving wife and mother, a fearless leader, a strong advocate, a mentor, a friend.

Nan will be missed. She has made a tremendous difference in countless lives and has changed this world for the better. Most importantly, Nan cared. Her long, accomplished career comes down to one thing – helping people. Her many skills were means to that end. I don’t think the awards she won meant as much to her as the victories of Pine Tree clients who had nowhere else to turn. She was a joy and an inspiration to work with, and we will be guided by her example.

She will be remembered as a legendary figure who fought for decades to ensure that state and federal laws affecting poor people were upheld and to address systemic barriers to justice.

Nan was a passionate, innovative, and dedicated legal aid champion and an inspiration to leaders in the legal services community across the country.

Nan passed away on Thursday, Jan. 20, 2022, from complications related to cancer. She died at home surrounded by her family and many of her friends from Smith College.

Nan grew up in Oquossoc in the western mountains of Maine, graduating from Smith College in 1977 and George Washington University Law School in 1980.

Immediately following law school, Nan worked for five years for the federal government and in private practice. In 1985, she joined Pine Tree Legal Assistance, Maine’s oldest and largest legal aid provider, as a staff attorney in its Native American Unit. Her primary responsibility in that position was to redress the exclusion of the Aroostook Band of Micmacs from the 1980 Maine Indian Claims Settlement Act, which was eventually achieved through passage of federal legislation providing federal recognition to the tribe.

In 1990, at the age of 34, Nan became executive director of Pine Tree Legal Assistance and served in that position until the time of her death.

Through the creative use of funding opportunities and other leveraged support, her leadership has enabled Pine Tree to strengthen and expand legal services to diverse client populations and in new areas of law, and to make justice more accessible for all the people of Maine.

Under Nan’s leadership, Pine Tree Legal Assistance has become a nationally recognized leader in innovative uses of technology to advance access to justice and legal aid. Nan encouraged the innovative use of technology to expand access to legal information and self-help tools, an effort which began in 1996 with creation of www.ptla.org, the first legal aid website in the country to include self-help resources. By constantly adding high quality and user-friendly original content, the website remains one of the most popular legal aid websites in the country.

Nan has expanded access to legal aid for many vulnerable populations in Maine. Under her leadership, Pine Tree Legal Assistance formed Maine’s first and only children’s law project, Kids Legal, significantly expanded support to victims of domestic violence and sexual assault, and launched programs serving low-income veterans, including a medical-legal partnership at Maine’s VA hospital and StatesideLegal.org, a national website for veterans and service members. StatesideLegal.org has been commended by the Pentagon as an “innovative community practice” and a recent VA directive encourages its use for homeless veterans.

Other projects developed under Nan’s leadership include a clinic for low-income taxpayers, a nationally recognized foreclosure and consumer program, and a housing discrimination.

In 2011, she was honored by the White House as a Champion of Change. In 2015, she earned the American Bar Association’s Grassroots Advocacy Award, and in 2018 became a Fellow of the American Bar Foundation. Nan was recognized as one of the inaugural Lawdragon 500 Leading Lawyers in America (2005), selected as a MaineBiz “Woman to Watch” (2010), received the ACLU’s Justice Louis Scolnik Award (2010), and the Maine Justice Foundation’s Howard H. Dana Award (2018). She has also been honored for her work by the Maine Veterans Coordinating Committee and the Maine Judicial Branch, among others.

Nan was an amazing person, who has had a deep and meaningful impact on our state and country. She was loved and admired and will be deeply missed.